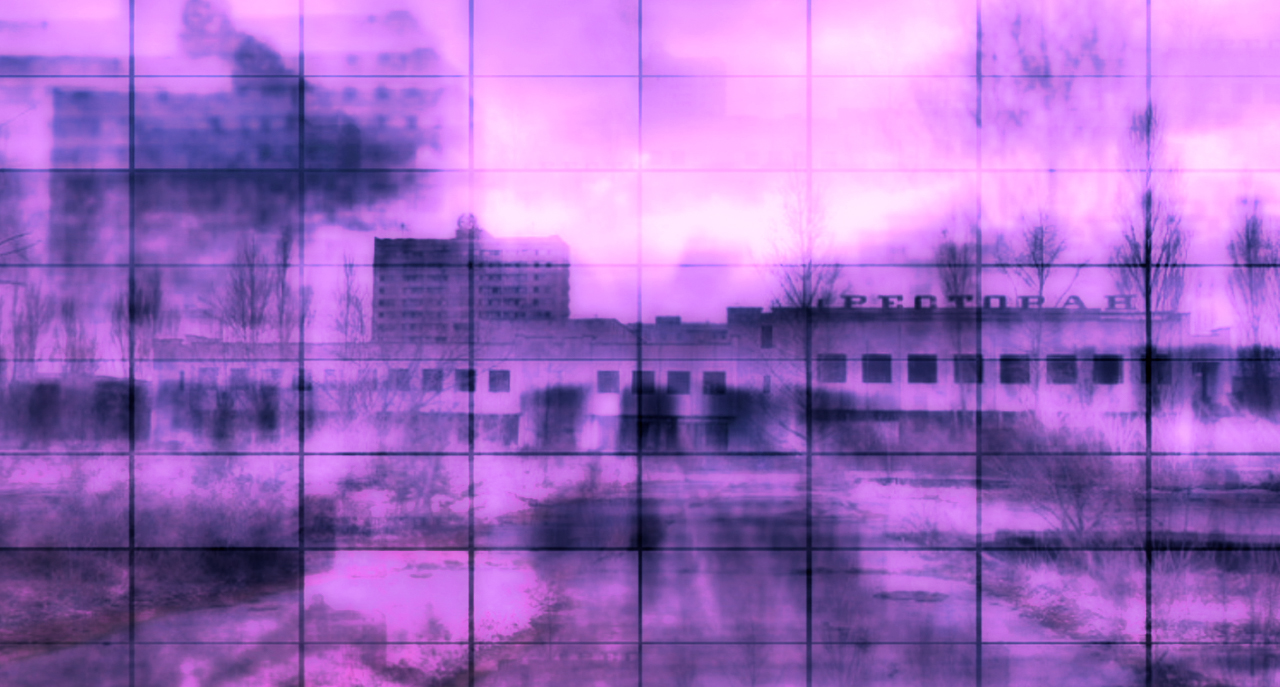 is an audiovisual project by Tea Guarascio (Italy), Dmitry Bogdanov and Dmitry Tikov (Russia).
In this project we focus on a irreversible impact to Earth that technology has brought when left without precise control, risks of a scientific era, and limitation of human possibilities to control the technology created by themselves.
To represent these concepts the artist Tea Guarascio works on the theme of Chernobyl catastrophe, the worst nuclear power plant accident in terms of cost and casualties which happened in 1986 and evoked deep mondial impact.
Her live visuals further expand the foreboding, ominous, and discordant feeling of musical performance.
Acoustically, we explore the mystery of discontrol, disaster, and destruction by means of post-industrial/noise music aesthetics.
We use both analogue and digital music instruments to create an abstract apocalyptic soundtrack to total failure from which recovery is impossible.